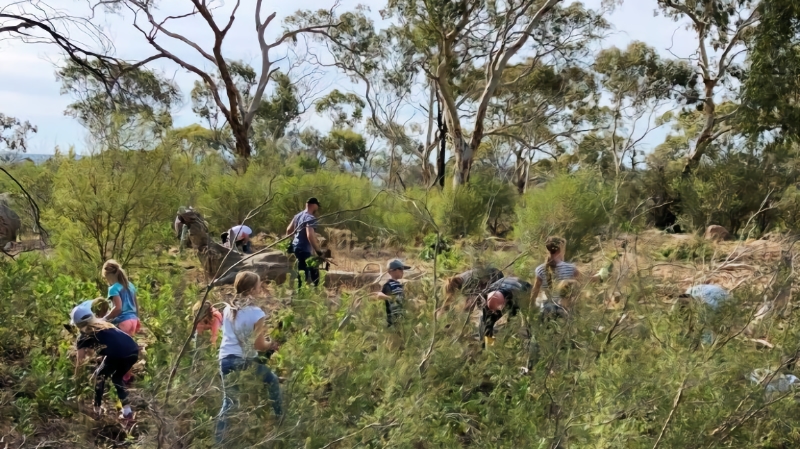 An ongoing problem for the Australian bushland

The invasive species South African Boneseed (Chrysanthemoides monilifera) was introduced to Australia as an ornamental garden plant in the mid-nineteenth century. From the mid-1940s to the 1960s it was planted extensively to stabilise coastal sand dunes and control erosion.

Boneseed was introduced to the You Yangs, south-west of Melbourne, Victoria, to control soil erosion. By the late-1960s it had come to be recognised as a significant weed and was listed as a Weed of National Significance in 2000.

Due to its invasiveness, potential for spread and environmental and economic impacts, Boneseed is considered one of the 20 most significant weeds in Australia. It’s expansion has been dramatic. By 2003 it was estimated that Boneseed covered around 1,300 hectares of the 2,000 hectare park in the You Yangs.

Boneseed has been particularly successful in invading natural bushland. It is able to establish on relatively nutrient-poor soils and in areas exposed to salt, such as coastlines. The seeds also germinate readily. Disturbances such as fire can assist the spread of Boneseed as it produces a large number of seeds that can persist for 10 years or more, which enables the species to quickly recolonise a burnt area.