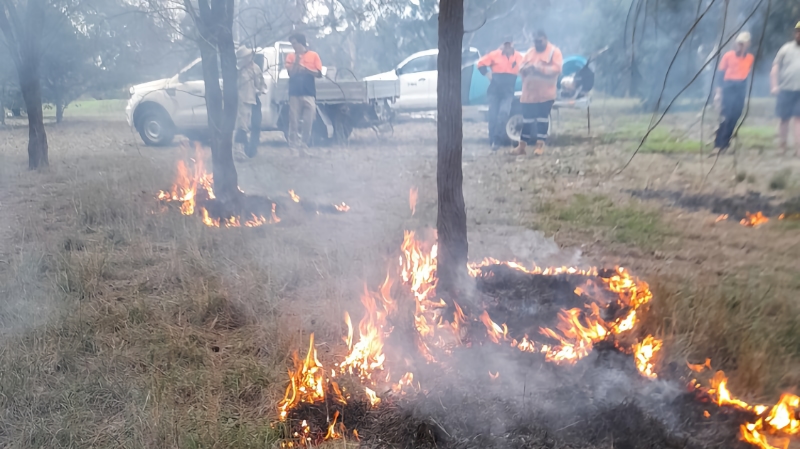 As part of the Assist @ Prescribed Burn course in late May 2022, Dale Smithyman (Natural Resource manager at Golden Plains Shire) and his team completed burning of Blocks 3 and 5 in Red Gum Reserve, Batesford (see aerial view below).

Block 3 took two attempts as the first effort was stymied by a light shower part way through burning.

Block 5 burned well on the lower slopes in the dryer native vegetation but poorly in the greener introduced grass on the upper slopes.

We can try to burn the remainder of the upper slopes in Spring when it dries out again.

We used a combination of drip torch and hand ignition for the burns. The drip torch was required to get some of the fuel to burn due to moisture. If we were burning these sites 2-3 weeks earlier, they would have burned just from hand ignition which is our preferred methodology.

The participants in the course came from the City of Greater Geelong bush crew, Golden Plains Shire staff, Colac Otway Shire, Wadawurrung and Corangamite Catchment Management Authority. They all really appreciated being able to get some on ground burning done as part of the course. 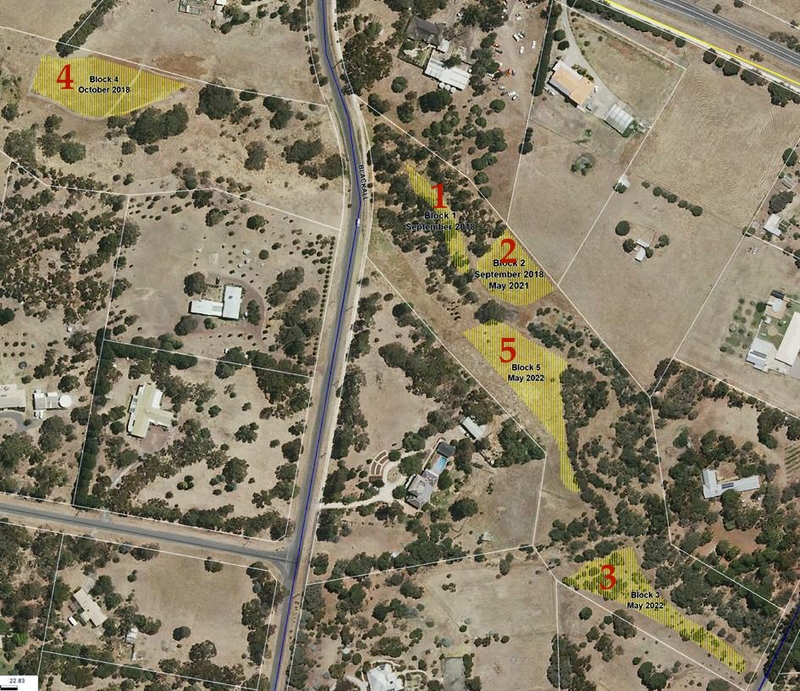 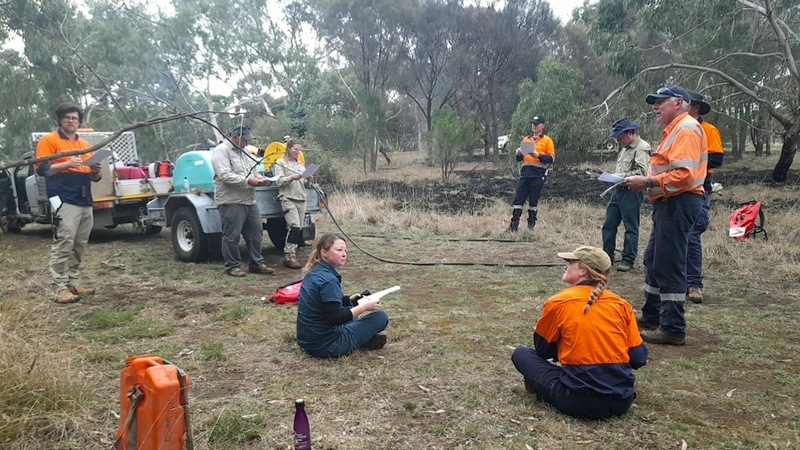 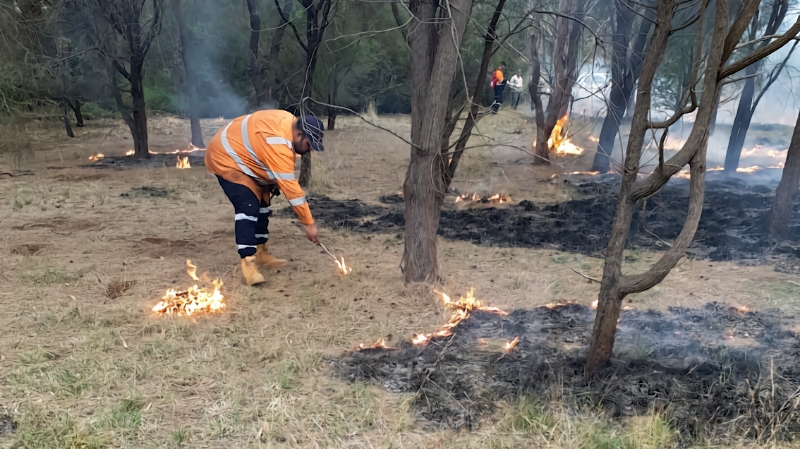